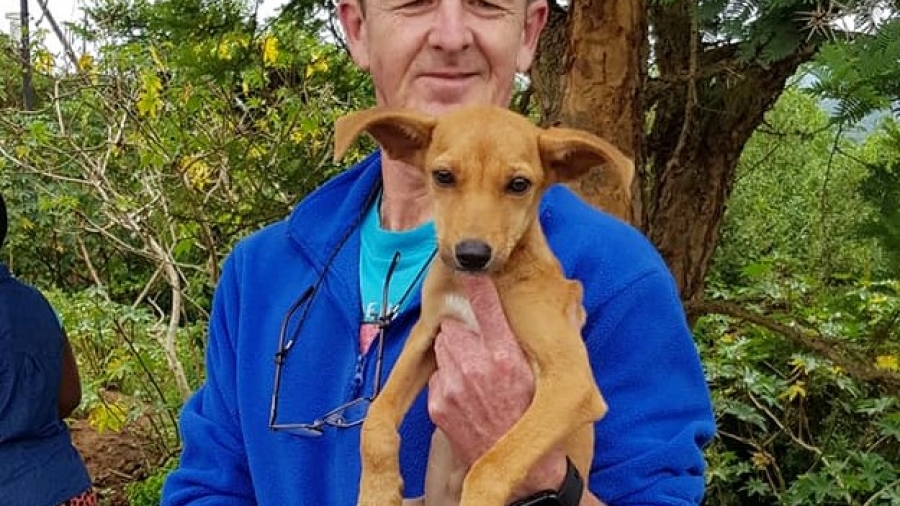 What’s the recipe to a great story?  Take one guy turning 50.  Mix in some determination, selflessness and the willingness to make a difference, one furry friend at a time.  Marinade in generosity and a good measure of support from great friends, family and community.  Bake at 100 percent effort.

And what you’ll end up with is perfect serving of support and animal care that has nourished communities and individuals in KZN with the ability to reduce the financial strains and emotional burden of unsterilized pets.

This is exactly what Upper-Highway resident, Bruce Wilson did through the animal rescue, rehoming and rehabilitation initiative, Project Sanctuary.  The canine and parrot behaviourist and wildlife/animal rehabilitation specialist decided earlier in 2017 to take a firm stand against the burdening issue of unsterilized animals (both domestic and feral) utilising his 50th birthday as a platform.

As part of a campaign called the #50Fifty Project, Bruce asked all of his friends and family that instead of buying him birthday presents, they donate towards a cause that would attempt to sterilise at least 50 animals before the end of 2018.

The campaign was an astounding success, with not only family and friends, but also hundreds of donors from the community contributing to the cause.

“I really wanted to make this birthday count,” explained Bruce, who turned 50 in October 2017. “Every day, we see countless dogs and puppies needing to be rescued from terrible conditions or looking for homes. Some die from disease or have to be euthanized before ever getting a second chance.  Thanks to my wonderful wife, I get to do the rescue work that I love and this project is a preventative measure that assists rescue centres battling with funding as well as individuals on a very personal level.  Every cent saved by not having to vaccinate a litter of puppies is money that can go into something else.”

As a founding member of Sanctuary Project, Bruce has devoted the last decade of his life to animal rescue.  His home has become a sanctuary for injured birds, all manner of wildlife, homeless parrots, stray dogs and more.  They are also an official depo for the Centre for the Rehabilitation of Wildlife (CROW).

“We wanted to tackle the problem at the source.  This campaign aims to sterilise at least 50 dogs – one dog for each year of my life. It is only a drop in the ocean, but it’s my drop,” said Bruce.

The goal of sterilising 50 animals was achieved… in fact, a total of 52 animals were sterilised from the following areas/organisations:

“Thank you to all of our donors as well as Pulse Veterinary Clinic, MyPet and Village Kloof Vet for all of the support,” said Bruce and Chantalle.  “The rescue rate per sterilisation is about R800, and without the help of our donors, supporting local vets and rescue organisations, we wouldn’t have reached our target.”

Following on from the success of the #50Fifty Project, Project Sanctuary has initiated a community outreach program to work with a network of animal rescue organisations to sterilise domestic pets in rural areas – the goal is to sterilise 2025 animals by 2025.